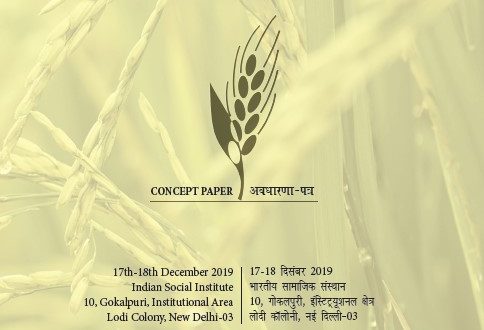 India is second largest rice producing country of the world with ~40 m
hectare area under rice cultivation. About 30% of i.e. 12 million ha of this
area is left fallow during the following rabi (post-rainy) season. Of the total
rice fallow area about 82% lies in the Central and Eastern Indian states
of Assam, Bihar, Chhattisgarh, Jharkhand, Madhya Pradesh, Odisha, and
West Bengal.
India is deficit in pulses and imports 2-3 mt to meet the domestic
pulses demand. The careful selection of pulses for cultivation in rice fallow
areas of this tribal rich belt offer opportunites for an additional crop for
them utilising the moisture that the soil retains post monsoon and thereby
offers food and nutritional security.
Due to stagnant production, the net availability of pulses in India
has come down from 60 gm in 1951 to 41.7 g/day/person in 2012 which is
way less than the Indian Council of Medical Research recommended 65 g/
day/capita.
82% of the total 12 million hectare rice fallow area in India lies in
the Central and Eastern Indian states. Non availability of seeds of short
duration varieties of Rabi crops along with lack of moisture at planting time
of Rabi crop, lack of irrigation and socio- economic problems have been the
main reasons behind this huge rice fallow area. It is a big challenge for food
security and farmers economy as farmer’s of this area are cultivating only
one crop per year at present.